OSRF is pleased to welcome Rachel Hwang, our intern for the Outreach Program for Women!

Rachel got her B.S. in Computer Science from the University of Chicago. As an undergrad, she worked as a research assistant at the Chicago Language Modeling Lab. With a background in linguistics, Rachel is especially interested in machine learning, natural language processing and all things computational linguistics. As on OPW intern, she will be working on a path planning algorithm for Gazebo. You can follow Rachel’s progress on her blog. 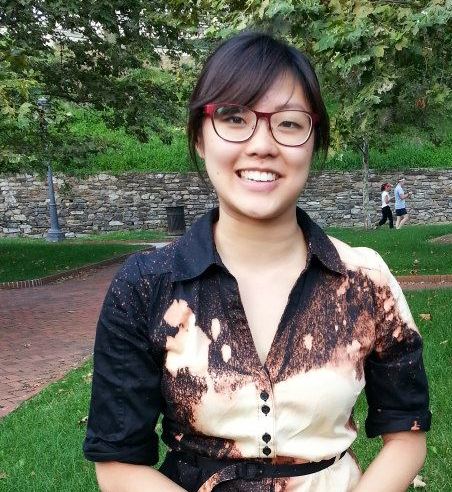 Tashwin Khurana, M.S. student in Computer Science from Lehigh University, worked with OSRF during her internship as part of the Gnome Outreach Program for Women.

Tashwin developed a tool for downloading data from the OpenStreetMap database to produce a corresponding world file for Gazebo. Tashwin focused on importing roads, traffic signals, and buildings.

In addition, she provided support for a new shape type: the extruded polyline. The two-dimensional shape is defined with a series of points that can be extruded to form a solid object. This can be very useful for visualizing buildings and similar constructions.

The summer is well known for school holidays, baths in paradisiacal beaches, mojitos, … but nothing comparable to a Summer of Code! OSRF is participating in the 10th Anniversary of Google Summer of Code.

Do you want to spend your summer doing real-world software development, contributing to robotics projects like Gazebo, ROS, and CloudSim, and engaging with the global robotics community, all while getting paid? Then check out our GSoC 2014 site. You’ll also want to read through our ideas page, which lists projects that we’re interested in. Feel free to ask questions and propose suggestions at gsoc@localhost. The student application period starts March 10th. Get ready for a robotics coding summer!.

The Open Source Robotics Foundation (OSRF) has a clear mission: “To support the development, distribution, and adoption of open source software for use in robotics research, education, and product development.” We have three exciting Google Summer of Code projects contributing to CloudSim, Gazebo, and ROS, which currently represent three of our biggest open source efforts.

Esteve Fernandez has been adding support for OpenStack to CloudSim, a project developed by OSRF to run robotics simulations in the cloud. CloudSim was used to support the DARPA Virtual Robotics Challenge and currently supports the Amazon and SoftLayer clouds. Esteve added support for private clouds to CloudSim, enabling organizations to run simulations on their own networks. Furthermore, Esteve is contributing to CloudSim by fixing bugs, improving the code base and helping with any task that comes up. In the following weeks, he will be making CloudSim constellations accessible to users in an OpenStack cloud provided by OSRF as a public service.

Andrei Haidu is developing a fluid dynamics physics engine for the Gazebo robot simulator that will enable the use of aerial and underwater vehicles in simulation.

Gonzalo Abella is developing a new parameter server prototype for ROS. He is exploring making all parameters dynamic, and integrating the capabilities of the dynamic_reconfigure package into the core API.

We recently received a Baxter Research Robot, generously donated to OSRF by Rethink Robotics. Here’s the time-lapse series of the assembly and installation:

With help from our friends at Rethink and Willow Garage, we already have Baxter simulated in Gazebo and integrated into MoveIt! for motion planning and control.

We’re excited to be able to experiment with this new ROS-based robot.

OSRF is pleased to welcome Gonzalo Abella, Esteve Fernandez and Andrei Haidu, our first-ever students for the Google Summer of Code!

Gonzalo is an M.S. student at Universidad Rey Juan Carlos. He is a member of the Spiteam RoboCup SPL team. For the last two years, he has been involved in medical research using the Nao robot in therapies for people with Alzheimer’s. As a GSoC member at OSRF, he hopes to improve ROS core by developing a new Parameter API.

Esteve is an M.S. student at Universitat Pompeu Fabra, advised by Prof. Vladimir Estivill-Castro and Prof. Jorge Lobo, and a member of the UPF-Griffith RoboCup Standard Platform team. His research focuses on multirobot localization and coordination in unreliable networks. He holds an M.S. in Computer Engineering from Universitat Oberta de Catalunya and a B.S.E. in Computer Engineering from Universitat de Barcelona. A frequent contributor to free and open source software, Esteve is a PMC member of Apache Thrift and a committer at Twisted, and has given talks at PyCon US and Europython.

Andrei is a fourth semester M.S. student in Informatics at the Technical University of Munich (TUM), majoring in Software Engineering. Since 2011 he has been working in simulation at the IAS Group from TUM, currently The Institute for Artificial Intelligence (IAI) since the group has moved to the University of Bremen.

We’re excited to work with Gonzalo, Esteve, and Andrei in the coming months, and look forward to their contributions this summer!