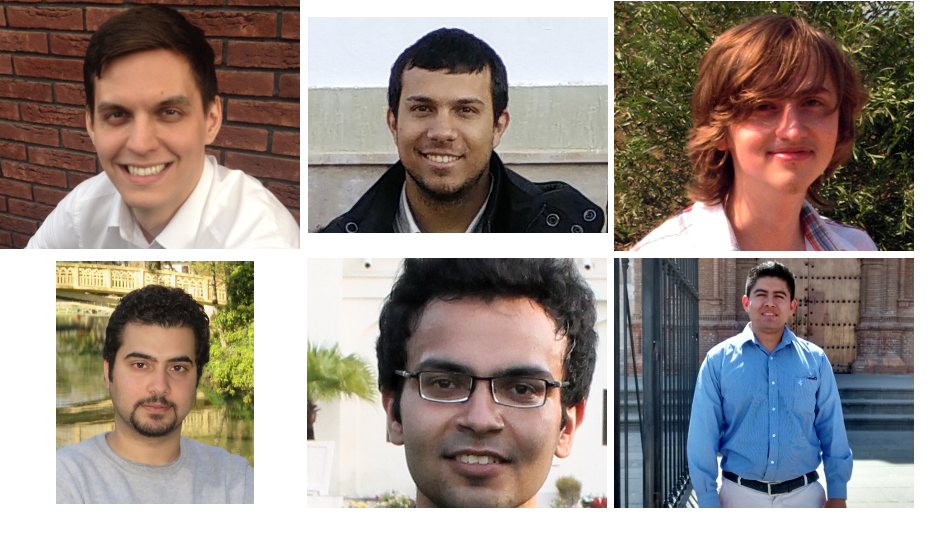 Frantisek is a Ph.D. student at the Department of Robotics, Technical University Kosice, Slovakia. His main focus is on industrial robotics, currently working on his thesis titled “Human-Robot collaboration in manufacturing processes”. He is also a member of SmartRoboticSystems developers group which aims to popularize ROS in the region of Czech Republic and Slovakia. This summer he will work on ROS-Profinet wrapper, in order to make world’s most advanced Industrial Ethernet available to ROS community.

Konstantinos Chatzilygeroudis recently received his Diploma from Computer Engineering and Informatics Department, University of Patras and he is a member of Robotics Group of University of Patras. In his diploma thesis “Navigation of Humanoid Robot NAO in Unknown Space” he dealt with humanoid robot kinematics, dynamics, SLAM and motion planning (bipedal locomotion). As a member of Robotics Group Konstantinos is researching path planning for mobile robots using collision aware techniques. As a GSoC 2015 intern, Konstantinos will focus on adding more features to the core library of the Ignition Robotics Transport Library.

Mykola Dolhyi is pursuing a Bachelor of Mathematics at Taras Shevchenko University. He is in constant search of new cool technologies. Mykola has studied computer vision, machine learning, heterogeneous parallel computing. He is particularly interested in cryptography, computer graphics, game development and flying drones. Mykola will be working on the camera sensor part of Gazebo, and maybe some other improvements in graphics realism and quality.

Nima Shafii is a Ph.D. candidate of informatics engineering at Porto University and a member of the Artificial Intelligence and Computer Science Laboratory (LIACC), Porto, Portugal. He is currently working on his thesis on humanoid robot locomotion and is interested in developing autonomous soccer humanoid robots. His goal is improving locomotion approaches allowed a humanoid robot to perform soccer skills faster and more robust. During the past five years, He
has actively participated in events such as RoboCup. Nima will be working on Gazebo simulator in order to adapt it to simulate RoboCup soccer environment.

Ratnesh Madaan graduated this May from Indian Institute of Technology Roorkee with a B.Tech. in Mechanical Engineering. This summer, he is working with ROS-I on combining the capabilities of Descartes and MoveIt! by developing a hybrid motion planner to handle both free space and semi-constrained trajectory segments. He is deferring his Masters program offers to gain experience in different sub-fields of robotics this year via internships or other opportunities, in order to be better prepared for the Fall 2016 cohort. In his free time, he likes to go on impromptu cycling excursions, sketch sporadically and listen (and lazily think of getting back) to music.

Steve is pursuing his studies in Electronics and Automatization at Cesca Institute. He got his B.S in Computer Science from San Pablo University in 2013. Steve has been focusing his research on Reinforcement learning to a robot soccer team. He is interested in machine learning, image processing techniques, embedded systems and drones. At OSRF, Steve will be building drivers to integrate Neuronal interfaces for ROS/Gazebo simulator.

We are excited to extend the intern family at OSRF and work with Frantisek, Konstantinos, Mykola, Nima, Ratnesh and Steve, in the coming months. We look forward to their contributions this summer!