To model a robot in rviz, you first need to create what’s called a Unified Robot Description Format (URDF) file, which is an XML-formatted text file that represents the physical configuration of your robot. Fundamentally, it’s not that hard to create a URDF file, but for complex robots, these files tend to be enormously complicated and very tedious to put together. At the University of Bremen, Kai von Szadkowski was tasked with developing a URDF model for a 60 degrees of freedom robot called MANTIS (Multi-legged Manipulation and Locomotion System). Kai got a bit fed up with the process and developed a better way of doing it, called Phobos. 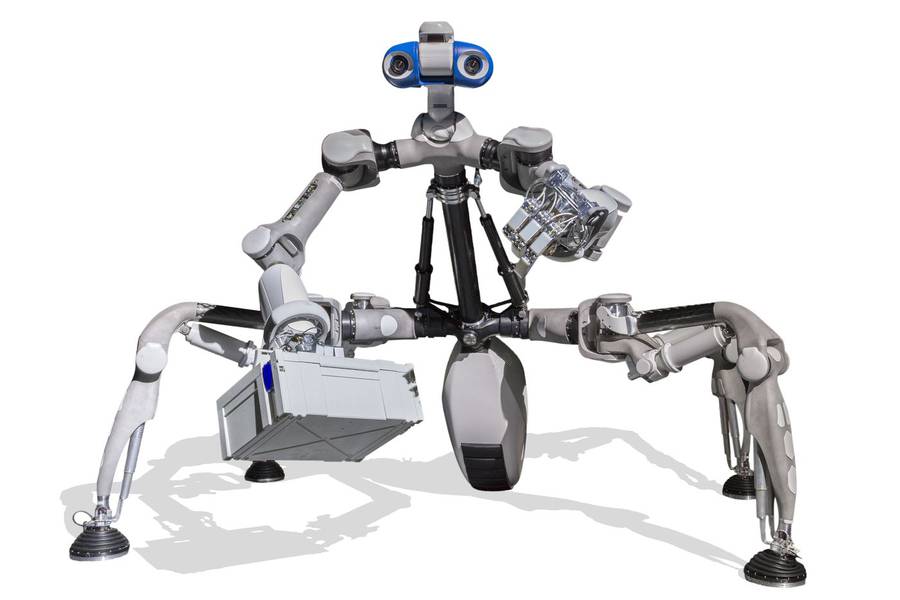 Phobos is an add-on for a piece of free and open-source 3D modeling and rendering software called Blender. Using Blender, you can create armatures, which are essentially kinematic skeletons that you can use to animate a 3D character. As it turns out, there are some convenient parallels between URDF models and 3D models in Blender: the links and joints in a URDF file equate to armatures and bones in Blender, and both use similar hierarchical structures to describe their models. Phobos adds a new toolbar to Blender that makes it easy to edit these models by adding links, motors, sensors, and collision geometries. You can also leverage Blender’s Python scripting environment to automate as much of the process as you’d like. Additionally, Phobos comes with a sort of “robot dictionary” in Python that manages all of the exporting to URDF for you.

Since the native URDF format can’t handle all of the information that can be incorporated into your model in Blender, Kai proposes an extended version of URDF called SMURF (Supplemental Mostly Universal Robot Format) that adds YAML files to a URDF, supporting annotations for sensor, motors, and anything else you’d like to include.

If any of this sounds good to you, it’s easy to try it out: Blender is available for free, and Phobos can be found on GitHub.